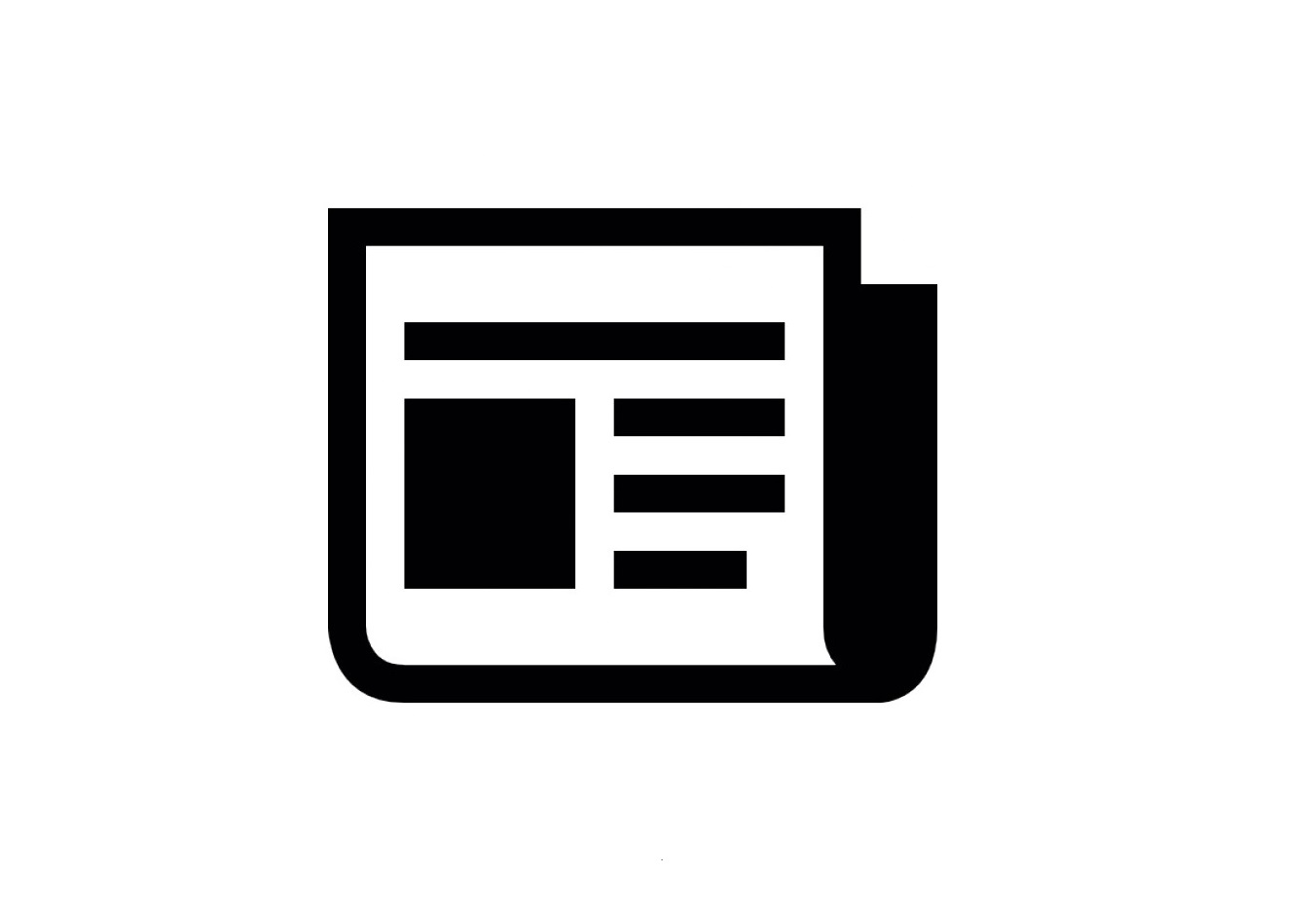 Lars Jennissen, N+P International, The Netherlands, looks at how the market for the production, import, and export of alternative fuels is changing.

Production of alternative fuels: from local to world market

The market for alternative fuels is changing at a rapid pace. Many new countries and regions are now using alternative fuels at low percentages, but the pressure and willingness to increase is growing every month. In the countries where alternative fuels have been used for the last two decades, many kilns are used to using different kinds and qualities of alternative fuels depending on what the market offers. At N+P we see a very big increase in the demand for SRF (solid recovered fuel) and Subcoal®, not only in Europe but all over the world. Another important development is the demand for higher quality alternative fuels, which can be used to reach high substitution levels on the main burner. N+P is actively pursuing these opportunities by expanding their own producing capacities and looking into new smart logistic solutions.

Traditionally, the production of alternative fuels was done quite close to the end user, and in others cases the end user has decided to carry out the production themselves. Local waste companies have started SRF production and typically this is part of the business model, next to waste collection, recycling and transport. This is typically seen in western Europe, where SRF has been used for many decades and supply and quality are stable. This has resulted in a very big success in terms of substitution rates, where probably kilns in Germany and Austria reach the highest average thermal substitution levels (TSR). Supply from as far away as 300 KM is typically less viable, because transport of SRF tends to be an expensive endeavour.

Quality is however very closely linked to waste management systems. Part of the success of the high levels of substitution will be closely connected to the quality of the available alternative fuels. If the waste management system is developed in a different way, it is often seen that fuel qualities need further preparation and require more treatment. A good example is seen in the UK, where is it very difficult to find a stable quality alternative fuel which is higher than 22 GJ/ton, whereas Germany or Austria easily obtain much higher values.

It is no secret that cement producers struggle to find good quality and quantity of SRF supply if the local waste management system is not developed. If waste companies can tip non-recyclable paper-plastic waste fractions for a very low fee into a landfill, this tends to be the trend. There is no incentive to start producing alternative fuels as this requires much more capital investment and labour, compared to a fairly easy trip to a landfill.
This poses a potential risk for cement producers, as some countries such as the earlier mentioned countries like Germany, Austria and the UK have developed their waste management system in such a way that gate fees are paid to take SRF materials. This gives some of the kilns the possibility to achieve a negative energy balance. Basically the kilns earn money by burning alternative fuels whilst still substituting their fossil fuels. As fuel costs are still one of the highest variable costs, this significantly impacts the position of the cement companies in the market.Partly because of EU legislation influence, but surely also because of the lobby from various industries and political pressure, many countries are now changing their waste management systems. This is taking a lot of time, and slowly but surely there is less material going to landfill and more material being processed into alternative fuels. Even with this change, quality is closely connected to the waste collection system and the way SRF producing companies decide to treat the waste.Even if landfilling is banned, this doesn’t mean quality of alternative fuel is improving. If there is no good collection system it is still hard to easily create a high quality alternative fuel. This will need significant processing which again has its effect on the general costs of the alternative fuel.

Import as a first step towards higher TSR rates

To persuade local waste management companies to start producing alternative fuels, or to work on quality levels, importation of higher quality alternative fuels can be used to catalyse the market. N+P was one of the first companies to put this theory into practise. Back in 2007 the company was involved in a SRF producing facility which produced a high quality alternative fuel. This fuel was used to prove to the UK market that if the quality would be right, a cement kiln could burn large quantities of it. Thus it happened that the first shipment of SRF bales was sent from the Netherlands to the UK, and it only took a few years, until 2011, to develop the UK market in such a way that the first export was realized. The success continues as the UK is now one of the biggest exporters of various qualities of alternative fuels, with the N+P Group as one of the largest exporters from the UK to mainland Europe.
Many of the clients from N+P struggle with the local availability of alternative fuels. If there are fuels available typically the quality is poor so it is difficult to achieve high TSR rates. With this development, the traditional local alternative fuel production markets shift to an international market. Import is often considered as an in-between solution, typically importation of alternative fuels offers cheaper fuels compared to the fossil fuels which are used, but also the example can then be given to government, local politicians and waste management companies. For some companies import is however also part of a longer term strategy, as the waste market can develop in different directions and companies wish to keep different options on the table in terms of security of supply.

A well-known challenge for importing alternative fuels are the logistics and the legislation. Typically the legislation in Europe is manageable, because waste import is regulated in European law. There are of course exceptions in terms of how every individual country has its own challenges. For N+P making these trans-frontier shipment procedures (TFS) is standard, as 90% of N+P’s business is crossing at least one border within Europe. A TFS requires some input from both the waste producer as the end user, and typically it takes 2 to 4 months to get consent. N+P has much experience and very good relationships concerning TFS procedures, with over 2,000 TFS procedures being carried out successfully in the last 20 years.

Logistics is a very big challenge for shipping alternative fuels. Typically the density of an SRF is around 80-120 kg/m³, making it very light for transportation. Whether the SRF can be shipped loose across long distances is based upon a commercial discussion, but typically as soon as you go beyond 500 kms there will be a requirement to increase the density to achieve better payloads. There are two ways of increasing density, the best known is to press SRF into bales, a developing method is to pelletise the SRF. Independent of the method, once you ship across longer distances other ways of transportation are possible.The biggest development which was realised by N+P was the usage of sea containers. Sea containers are used to ship goods all across the globe, and if you find the right route, sending a container from the UK to Brazil is cheaper then bringing a load from the UK to Germany. The usage of sea containers offers other advantages as containers can mostly be delivered just in time, do not require special storage regulations in the port and offer a stable delivery schedule. By using this method of transportation, N+P has developed many new projects across Europe and the expectation is that first shipments to Asia, Africa, the Middle East and even South America could happen in the next year.

Baling is typically the method of choice to make an SRF suitable for long distance transport. Baling the SRF is typically only half of the labour, because debaling SRF is often forgotten as a cost for the end user. Once an end user starts using 400-600 tons of SRF per day, which arrives in bales, this becomes a very critical part of the operation. For a waste producer, the highest costs for baling typically comes from the plastic which is around the bales. If there is not enough plastic used, the bales get damaged during transport and could collapse or cause much spillage, but using a lot of plastic is a high cost for the waste producer. Over the last years N+P has gathered much experience with their own baling operations, but N+P is now also looking at methods to ship SRF loose, without baling, to avoid the costs for the end-user.

When first designing the specifications for Subcoal® fluff, N+P did not consider the usage of this material on the main burner, because of the high density. Typically the Subcoal® fluff is produced at a diameter of 8mm, with a max length of 10mm. Because of the unique process, this material still has a high density of 250-300 kg/m³, more than double compared to SRF. After the process, the Subcoal® fluff is still fairly dust free and is handled easily. This makes this material perfectly suited to be exported loose into sea containers. The maximum payload of a sea container, 25 tons, is easily obtained in a 40 or 45 foot container so transport costs are kept to a minimum.The big advantage also comes when delivering the material. Almost every country has access to tipping chassis, which allow the sea containers to be tipped on site like a normal tipping truck. Depending on the reception system, this means that there is no extra handling required and the alternative fuel can be used directly.
It came as a bit of a surprise when a number of kilns trialled the Subcoal® fluff directly on the main burner. The high quality parameters resulted in no issues in terms of burnout or clicker quality parameters. There are kilns which doubled their TSR by using Subcoal® fluff. It was also reported that because of the fact that each induvial Subcoal® fluff flake goes through an 8mm dice, the amount of blockages resulting from metals or any other foreign object was drastically reduced.